Republicans cannot give up on health care: Rick Scott

Failing is one thing. But failing and then quitting is unacceptable. 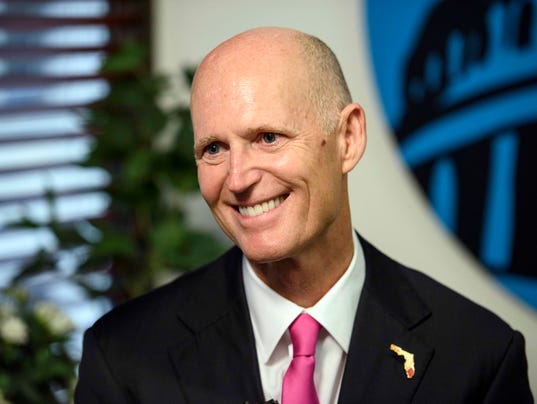 Repealing the failure of Obamacare and replacing it with a plan that actually provides affordable and quality health care for families is something that I focused on long before I became governor. In 2009, when I was a private citizen, I launched Conservatives for Patients’ Rights because I was concerned about the ramifications Obamacare could have for our nation. What I fought hard against immediately came true. Under Obamacare, costs have skyrocketed and families cannot keep the doctors they like. Obamacare was sold on a lie, plain and simple.

I applaud President Trump for wasting no time and demanding action on tax reform and regulatory reform. If I were the president, I would be utterly frustrated with the failure of the health care bill. But the simple fact is this — we should be able to expect that Congress can work on more than one thing at a time. Surely they can do two things at once.

Here is what Congress can do immediately to undo the disaster of Obamacare:

First, stop believing in the grand bargain: Washington has to stop fixating on getting a grand bargain done on health care. All these comprehensive and grandiose schemes in Washington are useless. As governor, I have learned that sometimes the best way to get something done is to do it incrementally. Ultimately, taking small steps will lead you down the right path to achieve your goal. There are steps that can be taken in Congress that are no-brainers and can immediately start the process of getting rid of this onerous law, including:

Second, give states flexibility to run our own Medicaid programs: Obamacare encouraged a massive expansion of Medicaid to able-bodied adults — even as nearly 600,000 individuals with disabilities nationwide sit on waiting lists to access treatment through Medicaid. This expansion has gone far beyond caring for those who truly need it. The truth is Obamacare was a new entitlement program that we could never afford, and it was a dramatic expansion in welfare spending that discouraged work.

States need greater flexibility from the federal government in running our statewide Medicaid programs, and I know Florida can deliver high-quality care without layers of government bureaucracy. My goal is to turn the top-down, Washington-knows-best approach of the Obama administration on its head. Last month, I requested flexibility from the Trump administration to manage our own Medicaid program based on the needs of Florida families. Other states should follow Florida’s lead and fight to get rid of the burdensome, duplicative and costly federal requirements put in place by the Obama administration.

While efforts such as tax reform are important to strengthening our national economy, our country will never see the kind of growth we need as long as Obamacare is in place. Our businesses and entrepreneurs will never fully thrive as long as they are burdened by the costs of Obamacare. Washington needs to stop worrying about getting a grand bargain done, and start delivering on their promise to help American families by repealing Obamacare.

I spent many years building businesses. In business, sometimes things don’t work out. Whenever I had a setback, I made adjustments and tried again. That’s what Congress must do now. In the real world, you cannot just give up and go home. No, you have to stand in the arena and battle until you get it right. Failing is one thing. But failing and then quitting is unacceptable.

Rick Scott is the Republican governor of Florida. He founded Columbia/HCA.

Register with our site. You can sign up with Facebook or your email address. It takes 30 seconds!